God So Loved the World by John Stainer

Here is some background about the composer of God So Loved the World, one of the pieces that we'll be singing at Easter this year.  A clip of our version is found below. 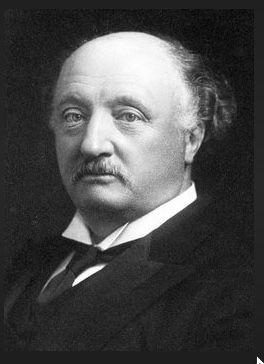 God So Loved The World, written and composed in 1887

Stainer was an English composer and organist whose music was very popular during his lifetime. His work as choir trainer and organist set standards for Anglican church music that are still influential. He was also active as an academic, becoming Heather Professor of Music at Oxford.

At a time Stainer introduced new anthems and service music, bringing the choir to a higher level of attainment than it had previously seen. At that time it had been the custom for the adult choir members not to attend practice at all, but Stainer had a magnetic personality and persuaded them to come. He was able to enlarge his repertoire and enhance his skills on the organ. During this period of his life he began composing liturgical music and developing his musical style.

Stainer’s output of sacred music was extensive, including the Passion cantata or oratorio The Crucifixion in 1887. This oratorio was scored for SATB choir and organ and contained 20 movements. Stainer intended for the work to be within the performance capabilities of most parish church choirs. The most popular and most often recorded movement is God So Loved The World.

God So Loved The World was an early favorite piece of Joseph P. Geiger, 35-year organist at St. Mary’s, but hasn’t been performed in quite some time. It has recently been pulled out of the music archive for Lent and Easter 2021.