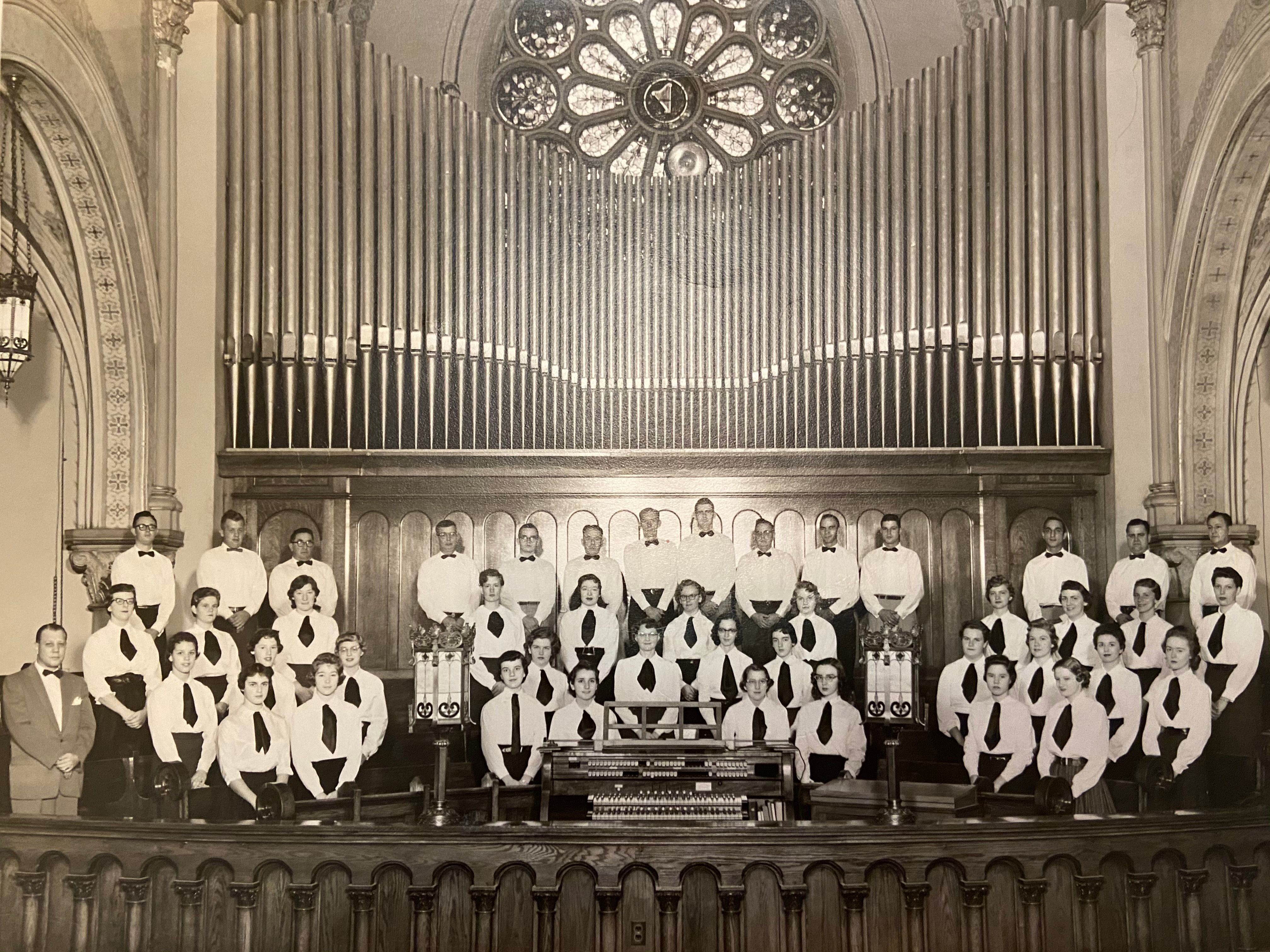 St. Mary’s has always been known for its great music.

Any history of St. Mary’s Church is inadequate without the mention of the significant contribution made by Rt. Rev. Msgr. Bernard J. Beckmeyer. Father Beckmeyer led and reinvented St. Mary’s Church for over fifty years. He led the parish through the strains of two World Wars, a serious financial crisis, the purchase of much needed additional property, the installation of the famous Austin Organ, the expansion of the choir loft, and the overall renovation of the church. He also installed the first microphones and speakers in a Catholic Church in Dayton! It was Pastor Msgr. Beckmeyer that hired Joseph P. Geiger as Organist and Music Director during World War II  Both had a high degree of respect for one another.  “Fr. Beckmeyer liked good music, and the parish was willing to pay for it,” remembers Mike Eifert, who was a member of the choir at that time.

Before the mid-Sixties, the Mass was in Latin.  The parish did not have hymnals.  Instead, there were multiple versions of the Mass parts that everyone knew, and there were song cards with the words of approximately 25 to 30 hymns printed on them.  Mr. Geigerwould choose the Mass propers based on how many people from each section (soprano, alto, tenor, bass) were present that morning.

For years choir rehearsal was held every Tuesday evening in the basement, in a small room in the passageway between the church basement and the old school building—never in the Church  Mr. Geiger would rehearse the choir on piano, then the choir would sing what they rehearsed in church with the organ on Sundays.

Thanks to the talents of Joe Geiger, 1960’s also saw the surgence of combining St. Mary’s Choir with those of Precious Blood Parish, St. Rita’s, or St. Agnes for amazing performances of The Seven Last Words of Jesus Christ, an operatic piece by Theodore Dubois. For those who participated, those memories are still vivid today. It became an epic event aniticpated by both the choir and the congregation.